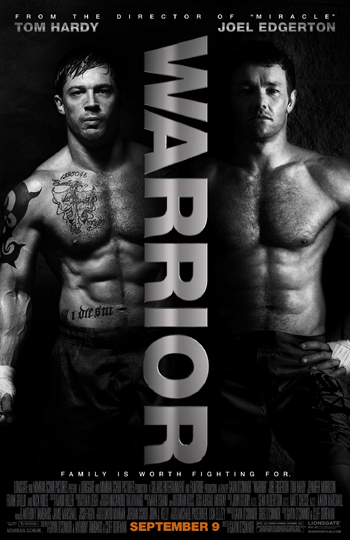 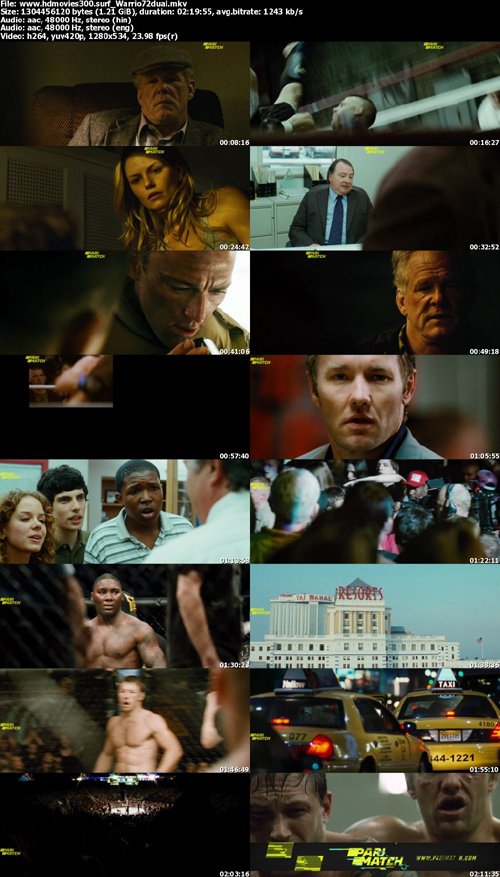 Every so often you’ll come across a combat sport movie that manages to find just the right balance of drama and action – that is, more drama than action. When fights are justified with backstories full of crushing emotion, they become all the more intense and gratifying.

Warrior brings to the table the world of mixed martial arts, where punches, kicks, holds, and everything else goes. The inception of new international tournament “Sparta” puts on a collision course Paddy (Nick Nolte), Brendan (Joel Edgerton), and Tom Conlon (Tom Hardy), all part of an estranged family torn apart in the past by abuse, favoritism, and abandonment.

Tom resurfaces in society to enlist the help of his formerly alcoholic father Paddy to train him for the tournament, while at the same time Brendan revisits his UFC training in hopes to win the $5 million purse for his struggling family. The two underdogs face some of the toughest MMA fighters on the planet, but the true struggle appears to lie within them. Paddy battles for forgiveness against the resentment of his sons, Tom fights to prove to himself that he is strong, and Brendan struggles to come to terms with his older family while trying to support one of his own.