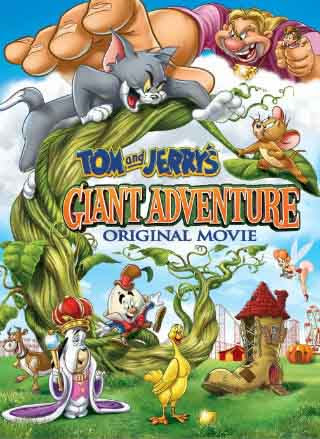 The classic story of Jack and the Beanstalk is being retold with Tom & Jerry playing the role of Jack’s loyal pets. Unfortunately it is as linear and as predictable as it gets, Tom and Jerry chasing each other or helping (sort of) Jack in his quest while the story presents absolutely nothing special, no twist, no suspense, just the ordinary happy ending. This is unfortunately another film where the producers thought that it is enough to include popular characters in a story and expect the best. They at least tried to include some musical moments but unlike what I was expecting, they were simply awful in every aspect.

It wasn’t enjoyable, it wasn’t interesting, it was yet another failure of making use of great names like Tom & Jerry, Droopy and other Tex Avery creations. Pity