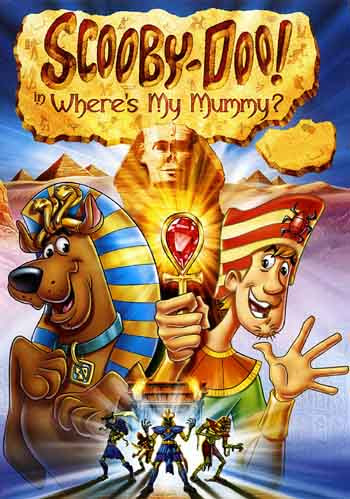 Story… Scooby-Doo and the Mystery Inc. gang become involved in a supernatural mystery in Egypt. 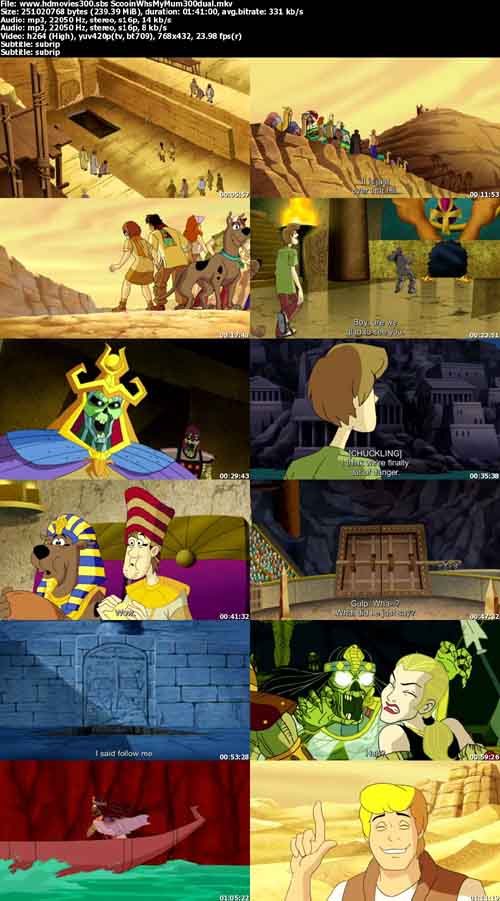 Okay, we understand that a Scooby-Doo mystery is not going to be in the same league as a Citizen Kane mystery. But Scooby has good movies and bad movies just like any other Mega-Star. I’m pleased to say that Where’s My Mummy is in the former category.

Velma is assisting an archaeological dig in Egypt (on the Sphinx no less) when she finds a mysterious necklace which could be the key to Cleopatra’s lost treasure. I’ve never heard of such treasure, but for the sake of the movie, we’ll pretend it exists. The rest of the Mystery Inc. gang turn up to visit her but the site is promptly taken over by Amelia von Butch (Christine Baranski), a gun-ho Lara Croft-type and her band of cohorts.

Despite warnings of ancient curses she forces the Mystery Inc. gang and an obnoxious reality-TV host (Jeremy Piven) to enter the tomb with her to solve it’s secrets and find the treasure. Immediately setting-off traps, Shaggy and Scooby are separated from the rest of the gang (not on purpose for a change) and get involved in their own mystery of a deranged Hotep (Ron Pearlman) and his followers who worship a strange God known as Scoobis and his servant Shagman.