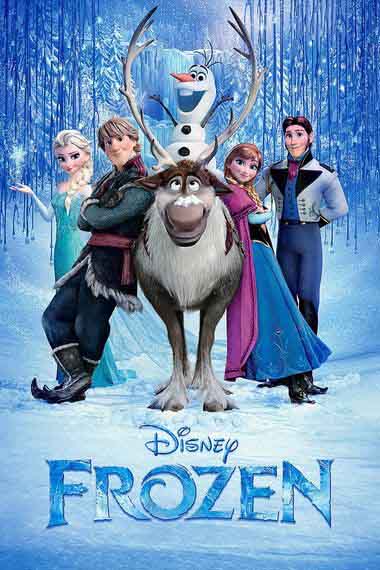 Story… When the newly crowned Queen Elsa accidentally uses her power to turn things into ice to curse her home in infinite winter, her sister Anna teams up with a mountain man, his playful reindeer, and a snowman to change the weather condition. 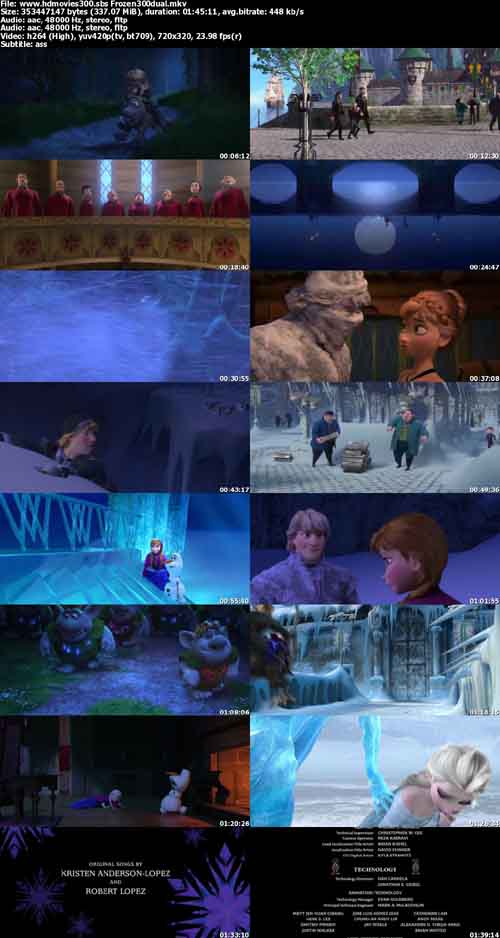 In the Kingdom of Arendelle, Princess Elsa has the power of freezing and creating ice and snow, and her younger sister Anna loves to play with her. When Elsa accidentally hits Anna on the head with her gift and almost kills her, their parents bring them to trolls that save Anna’s life and make her forget the ability of her sister. Elsa returns to the castle and maintain herself recluse in her room with fear of hurting Anna with her increasing power.

Their parents die when their ship sinks in the ocean and three years later, the coronation of Elsa forces her to open the gates of her castle to celebrate with the people. Anna meets Prince Hans in the party and she immediately falls in love with him and decides to marry him. But Elsa does not accept the marriage and loses control of her powers freezing Arendelle. Elsa flees to the mountain and Anna teams up with the peasant Kristoff and his reindeer Sven and with the snowman Olaf to seek out Elsa. They find Elsa in her icy castle and she accidentally hits Anna in the heart; now only true love can save her sister from death.

“Frozen” is one of the weakest animations by Disney with a lame story full of flaws in inconsistencies. There is no explanations for the origin of the gift (or curse) of Elsa. After the death of the King and Queen, Elsa grows along three years and who has governed the country? When Elsa flees, a stranger is in charge of Arandelle. Elsa finds that love is the key to control her power, but didn’t she love Anna and her parents? The characters are boring, with the exception of Olaf and the songs are annoying including “Let it Go”. My vote is five.