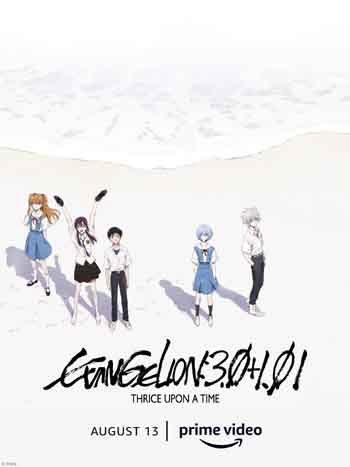 I was very skeptical before watching this film, I am a huge fan of the original show and film and I didn’t think they had to be “rebuilt”.

It also didn’t help that I thought the previous three films kind of sucked (though I did rewatch them before watching this one and I liked them way more the second time).

But, here we are, 9 years after the last Eva film, 24 years after Evangelion’s previous theatrical conclusion, we have this movie, a beautifully animated 155 minutes long love letter to the Evangelion franchise and its fans.

This time the ending can satisfy all fans, those who look for great action, those who watch for the surrealist imagery and philosophy, those who love the characters, this movie ties every loose end beautifully.

Only issues I had here were some unnecessary fan-service scenes (though there are fans who watch it for this kind of stuff, I guess) and the 3D CGI fight scenes look kind of jarring sometimes but other than that, this was yet another high quality film by Hideaki Anno and I would highly recommend it.